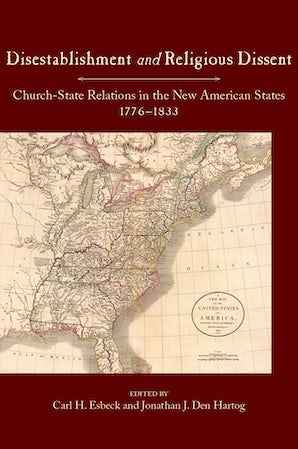 About This Book
On May 10, 1776, the Second Continental Congress sitting in Philadelphia adopted a Resolution which set in motion a round of constitution making in the colonies, several of which soon declared themselves sovereign states and severed all remaining ties to the British Crown. In forming these written constitutions, the delegates to the state conventions were forced to address the issue of church-state relations. Each colony had unique and differing
traditions of church-state relations rooted in the colony’s peoples, their country of origin, and religion.

This definitive volume, comprising twenty-one original essays by eminent historians and political scientists, is a comprehensive state-by-state account of disestablishment in the original thirteen states, as well as a look at similar events in the soon-to-be-admitted states of Vermont, Tennessee, and Kentucky. Also considered are disestablishment in Ohio (the first state admitted from the Northwest Territory), Louisiana and Missouri (the first states admitted from the Louisiana Purchase), and Florida (wrestled from Spain under U.S. pressure). The volume makes a unique scholarly contribution by recounting in detail the process of disestablishment in each of the colonies, as well as religion’s constitutional and legal place in the new states of the federal republic.
Authors and Editors
Carl H. Esbeck is Professor Emeritus of Law at the University of Missouri School of Law in Columbia, Missouri. Jonathan J. Den Hartog is Chair of the History Department andProfessor of History at Samford University in Birmingham, Alabama.
Praise For This Book

“This is a magisterial work that will serve as a key reference for our understanding of disestablishment in the United States, which as the authors note is a singular American contribution to ideas and practices of modern governance. It is impossible to see the American constitutional heritage in the same way after reading this book; it shifts the paradigm. Moreover, by setting the record straight this work has immediate relevance for legal debates and court judgments about the meaning of the no establishment principle in American jurisprudence. It demolishes myths about our founding that continue to shape, or warp, constitutional thinking and legal judgments.”—Allen D. Hertzke, University of Oklahoma, editor of Religious Freedom in America: Constitutional Roots and Contemporary Challenges

“Myths, half-truths, and downright errors surround popular perceptions of the American separation of church and state. This outstanding book, with its first-rate roster of historians and legal scholars, demonstrates that American church disestablishment proceeded state by state, in many different ways and over a lengthy period of time. It will be of great interest to historians of the early United States and may be even more important for those who wrestle with challenging church-state questions in our own day.”—Mark Noll, University of Notre Dame, author of America’s God: From Jonathan Edwards to Abraham Lincoln

“This invaluable collection does not focus just on the much studied cases of Virginia and Massachusetts, but gives equal time to all the other early states—the original thirteen plus the next five, as well as the Catholic territories acquired from France and Spain, and finally Maine, which split off from Massachusetts. Experts and lay people alike will benefit from this inclusive survey of the American church-state settlement.”—Douglas Laycock, University of Virginia and University of Texas Law Schools, author of Religious Liberty

“This remarkable collection sets a new standard for understanding the complex and contested history of disestablishment in America. I do not know of another book that delivers such a comprehensive treatment of Americans’ experiences in separating church and state, from Maine to Florida, and from Virginia to Missouri.”—Thomas S. Kidd, Baylor University, author of America’s Religious History: Faith, Politics, and the Shaping of a Nation

"Esbeck and Den Hartog have conceived and charted, and multiple contributors have delivered, a finely executed volume on individual church-state relations in the nation’s first 50 years and beyond.  It is likely to become the standard work on the subject and a provocative source for further research and reflection."—John R. Vile, The Free Speech Center

“Because it is such a useful resource, every college and university library should own a copy of Disestablishment and Religious Dissent. But it also should be read by anyone who works on religious liberty or church-state relations in early America.”—Law & Liberty

"Disestablishment and Religious Dissent is a much-needed work. Not only does it fill a gap in our historical understanding of American church-state relations in the early republic but this collection will also serve as the starting point for further research on this important topic."—Aaron N. Coleman, University of the Cumberland, The Journal of American History

"A fascinating review whose granularity makes it an authoritative history on how the early Republic grappled with arranging church–state relations at the state level, the book deserves wide readership."—Journal of Church and State 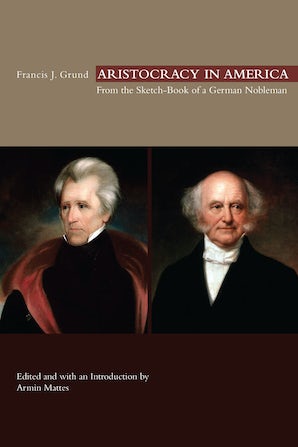 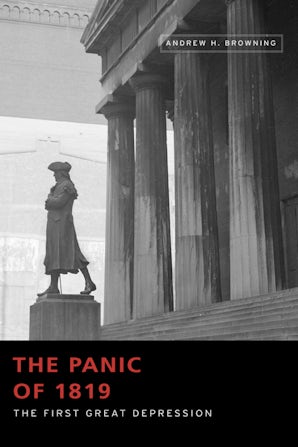 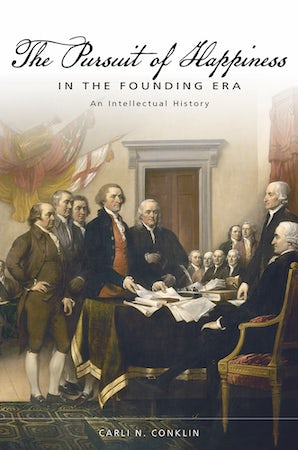 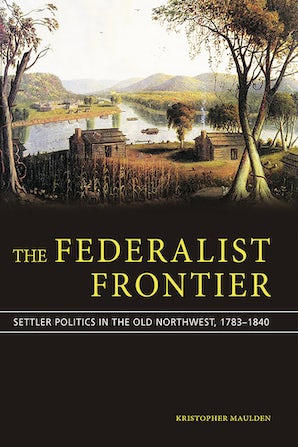