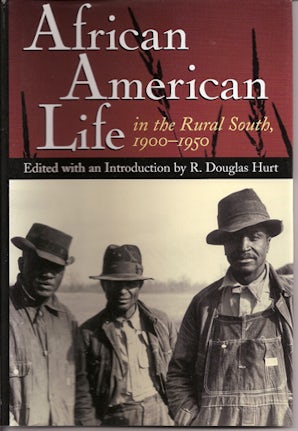 About This Book
During the first half of the twentieth century, degradation, poverty, and hopelessness were commonplace for African Americans who lived in the South’s countryside, either on farms or in rural communities. Many southern blacks sought relief from these conditions by migrating to urban centers. Many others, however, continued to live in rural areas. Scholars of African American rural history in the South have been concerned primarily with the experience of blacks as sharecroppers, tenant farmers, textile workers, and miners. Less attention has been given to other aspects of the rural African American experience during the early twentieth century.
African American Life in the Rural South, 1900–1950 provides important new information about African American culture, social life, and religion, as well as economics, federal policy, migration, and civil rights. The essays particularly emphasize the efforts of African Americans to negotiate the white world in the southern countryside.
Filling a void in southern studies, this outstanding collection provides a substantive overview of the subject. Scholars, students, and teachers of African American, southern, agricultural, and rural history will find this work invaluable.
Authors and Editors
R. Douglas Hurt is Professor and Director of the Graduate Program in Agricultural History and Rural Studies at Iowa State University in Ames. He is the author of numerous books, including Nathan Boone and the American Frontier and Agriculture and Slavery in Missouri’s Little Dixie, both available from the University of Missouri Press.
Praise For This Book

"Like any first-rate collection of essays, there are fruitful conversations across chapters, and evidence of the wonderful cross-pollination that can result from a truly collaborative volume."—Georgia Historical Quarterly