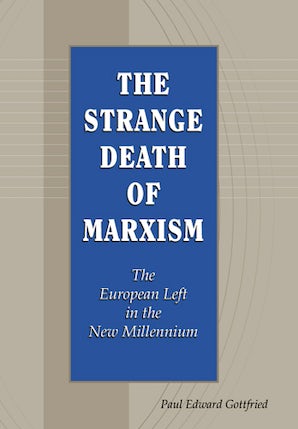 About This Book
The Strange Death of Marxism seeks to refute certain misconceptions about the current European Left and its relation to Marxist and Marxist-Leninist parties that existed in the recent past. Among the misconceptions that the book treats critically and in detail is that the Post-Marxist Left (a term the book uses to describe this phenomenon) springs from a distinctly Marxist tradition of thought and that it represents an unqualified rejection of American capitalist values and practices.
Three distinctive features of the book are the attempts to dissociate the present European Left from Marxism, the presentation of this Left as something that developed independently of the fall of the Soviet empire, and the emphasis on the specifically American roots of the European Left. Gottfried examines the multicultural orientation of this Left and concludes that it has little or nothing to do with Marxism as an economic-historical theory. It does, however, owe a great deal to American social engineering and pluralist ideology and to the spread of American thought and political culture to Europe.
American culture and American political reform have foreshadowed related developments in Europe by years or even whole decades. Contrary to the impression that the United States has taken antibourgeois attitudes from Europeans, the author argues exactly the opposite. Since the end of World War II, Europe has lived in the shadow of an American empire that has affected the Old World, including its self-described anti-Americans. Gottfried believes that this influence goes back to who reads or watches whom more than to economic and military disparities. It is the awareness of American cultural as well as material dominance that fuels the anti-Americanism that is particularly strong on the European Left. That part of the European spectrum has, however, reproduced in a more extreme form what began as an American leap into multiculturalism. Hostility toward America, however, can be transformed quickly into extreme affection for the United States, which occurred during the Clinton administration and during the international efforts to bring a multicultural society to the Balkans.
Clearly written and well conceived, The Strange Death of Marxism will be of special interest to political scientists, historians of contemporary Europe, and those critical of multicultural trends, particularly among Euro-American conservatives.
Authors and Editors
Paul Edward Gottfried is Raffensperger Professor of Humanities at Elizabethtown College in Pennsylvania. He is the author of several books, including After Liberalism: Mass Democracy in the Managerial State and Multiculturalism and the Politics of Guilt: Toward a Secular Theocracy (University of Missouri Press). 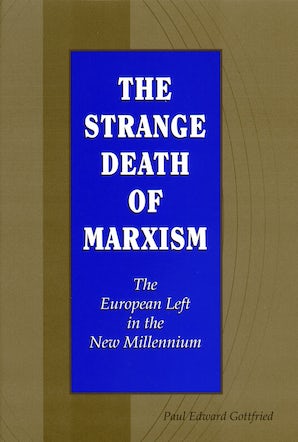