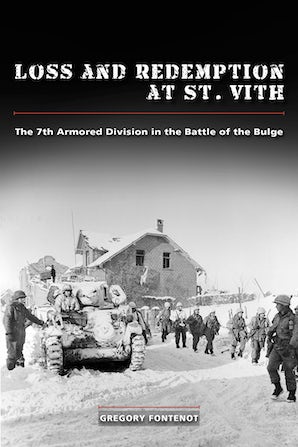 About This Book
Loss and Redemption at St Vith closes a gap in the record of the Battle of the Bulge by recounting the exploits of the 7th Armored Division in a way that no other study has. Most accounts of the Battle of the Bulge give short-shrift to the interval during which the German forward progress stopped and the American counterattack began. This narrative centers on the 7th Armored Division for the entire length of the campaign, in so doing reconsidering the story of the whole battle through the lens of a single division and accounting for the reconstitution of the Division while in combat.
Authors and Editors

Gregory Fontenot is a retired Colonel of the U.S. Army. He is currently a consultant on threat emulation for Army experimentation and a working historian. He was lead author of On Point: The US Army in Operation Iraqi Freedom published by CGSC Press and is the author of The 1st Infantry Division and the US Army Transformed: Road to Victory in Desert Storm, 1970-1991, winner of the 2017 Army Historical Foundation award for Unit History. He lives in Lansing, Kansas.

"Colonel Greg Fontenot's compelling account of the 7th Armored Division in the Battle of the Bulge provides wonderful insight into the hitherto unheralded but inspirational performance of the 'Lucky Seventh' and the units that fought alongside it. Fontenot combines the experience of a combat commander, the eye of a serious historian, and the understanding of a professional soldier in relaying this remarkable story and providing superb context. It is a truly exceptional read!"—General David Petraeus, U.S. Army, retired, former commander of the Surge in Iraq, Coalition Forces in Afghanistan, and U.S. Central Command and former Director of the CIA

“The humanity and intelligence that made Greg Fontenot a great soldier also make him a first-rate historian. Loss and Redemption at St. Vith is a magnificent chronicle of the 7th Armored Division’s contribution to American victory in the Battle of the Bulge. It is, at once, a thoroughly informed tactical analysis of the Battle of St. Vith, an insightful study in command, and a thoughtful commentary on the relative capabilities of the American and German armies in late 1944. It should be closely read and deeply pondered by military historians and soldiers alike.”—Harold R.Winton, U.S. Air Force Air University, author of Corps Commanders of the Bulge: Six American Generals and Victory in the Ardennes

“Colonel Fontenot has drawn a significant body of materials together in an accessible format. His work is clear but detailed, and the narrative travels fast, without losing the breadth or import of the information conveyed. He has the knack of picking the important detail from the picayune, and he eyes the terrain with what is significant for the reader to understand while discarding the irrelevant background that clouds history written by those who have not lived it.”—Roger Cirillo, Lieutenant Colonel US Army, Retired, US Army Command and General Staff College; former Book Director, Association of the US Army; author of Ardennes-Alsace: The U.S. Army Campaign of World War II

“Fontenot knows what armored combat involves because he has commanded heavy forces in battle. He explores not only the immediate geographic and material conditions that framed the tactical actions, but also the U.S. institutional expectations/doctrines that shaped the material and organizational capabilities, and later influenced immediate battle decisions. He judges commanders with an experienced commander’s eye, emphasizes the importance of supply, particularly to sustained mechanized combat, discusses in some detail the importance of U.S. Army Field Artillery technique in balancing disadvantages of numbers on the firing line, and never forgets that at the critical point there was an enlisted soldier or company grade officer making the best he could of what he had been given under the unforgiving stress of combat."—Richard M. Swain, Colonel US Army, Ret., PhD. Professor, School of Advanced Military Studies and author of “Lucky War”: Third Army in Desert Storm

“Having fought in the Battle of the Bulge and served a term as Historian for the 106th Association, I will say without reservation that this book covers the battle, units, and leadership personalities like no other I have read.”—John Schaffner, Artillery Scout, 589th Field Artillery Battalion, 106th Infantry Division

"[Gregory Fontenot] combines a skilled historian’s perspective with that of an experienced professional soldier. He offers pungent and unvarnished assessments of the actions of U.S. Army commanders at every vital step in the battle, frequently in the context of the Army doctrine of the time. This substantially enhances the book’s value to both soldiers and historians." —Steven Zaloga, ARMY Magazine

"Fontenot's lively writing style highlights his meticulous research in this example of military history at its finest." —Choice

“This is an excellent study of the topic, and I can’t recommend it highly enough.”—Gordon Bliss, Journal of America’s Military Past

“Fontenot has a lot of good battle pieces in here, excellent analysis, and a number of good profiles of soldiers, their officers, and their generals, many of the latter coming in for some serious criticism. Altogether an outstanding treatment of some desperate fighting.”—The NYMAS Review: A Publication of The New York Military Affairs Symposium

“Drawing extensively on American and German archival materials, with interviews, and correspondence conducted with several veterans, Fontenot grounded his grassroots research on a thorough reading of earlier histories of the Ardennes Offensive, an approach that armed him with an obvious mastery of the subject. . . . Loss and Redemption at St. Vith is a significant contribution to World War II historiography. It provides apologists with an additional case study to plead their cause and dissects one of the Army’s biggest battles in terms that officers serving today can readily understand.”—Parameters 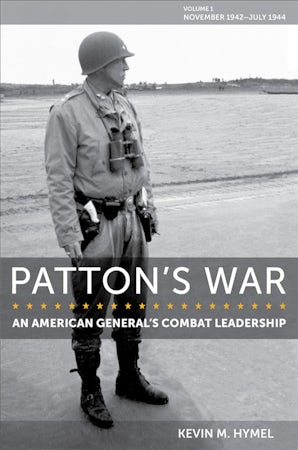