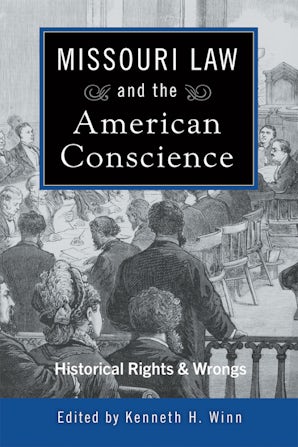 About This Book
Until recently, many of Missouri’s legal records were inaccessible and the existence of many influential, historic cases was unknown. The ten essays in this volume showcase Missouri as both maker and microcosm of American history. Some of the topics are famous: Dred Scott’s slave freedom suit, Virginia Minor’s women’s suffrage case, Curt Flood’s suit against professional baseball, and the Nancy Cruzan “right to die” case. Other essays cover court cases concerning the uneasy incorporation of ethnic and cultural populations into the United States; political loyalty tests during the Civil War; the alleviation of cruelty to poor and criminally institutionalized children; the barring of women to serve on juries decades after they could vote; and the creation of the “Missouri Court Plan,” a national model for judicial selection.

Kenneth H. Winn is the author or co-editor of a number of books and articles on Missouri political and cultural history, including Exiles in a Land of Liberty: Mormons in America, 1830-1846. He has taught history at Washington University in St. Louis and the University of Missouri-Columbia and ran a legal history internship program for the Missouri Supreme Court.

“The essays in Missouri Law and the American Conscience are a wonderful collection of Missouri's legal lore, much of which has affected American legal history from the frontier days, through slavery and the civil war, judicial elections,juvenile justice, women's rights, baseball and the so-called right to die. For better (Virginia Minor and the battle for women's suffrage and the right of women to serve as jurors) and for worse (Dred Scott), the topics Kenneth Winn has selected, and the essayists who delivered, provide a series of snapshots that helps us to understand the convoluted history of Missouri and its effects on the present state of our law. The book is well written, informative, and a pleasure to read.”—Michael A. Wolff, Dean, Saint Louis University School of Law, and Former Judge and Chief Justice, Supreme Court of Missouri

“Kenneth Winn’s Missouri Law and the American Conscience is a model of how legal history should – and can – be written. Its ten essays demonstrate how a diverse population in a diverse state has resorted to law to confront the changes that overtook their lives in the course of two centuries. As Winn has conceptualized and organized these essays, and as its authors so richly demonstrate, the apparent disorder of the past coheres into a powerful illustration of the importance of the rule of law and the ordinary people who gave it meaning.”—David Thomas Konig, Professor of History and Professor of Law, Washington University in St. Louis

“Legal proceedings provide the detailed substance for the essays that compose Missouri Law and the American Conscience. Criminal proceedings, civil disputes, and constitutional debates tell stories that are often as harsh as one might imagine but at times more uplifting than one would expect. In this volume, editor and former Missouri State Archivist Kenneth H. Winn presents a panorama of human experience that is brutal, vengeful and cynical as well as reasoned, compassionate and inspired. These stories are deeply embedded in Missouri and inextricably tied to the national conscience.”—Louis Gerteis, Professor of History, University of Missouri-St. Louis, author of The Civil War in Missouri: A Military History

“Taken as a whole, this volume makes a convincing case for the importance of Missouri in American legal history.”—The Annals of Iowa

“These essays can be viewed as parts of a larger story about how Missourians have used the judicial system in their struggle for rights.”—Missouri Historical Review

“Excellent work on the history of Missouri law.”—The Journal of Southern History 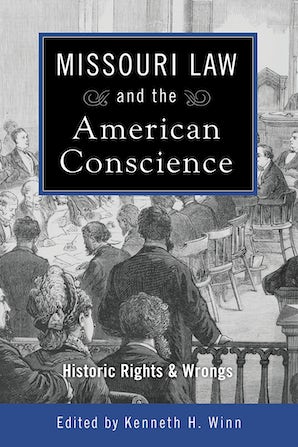