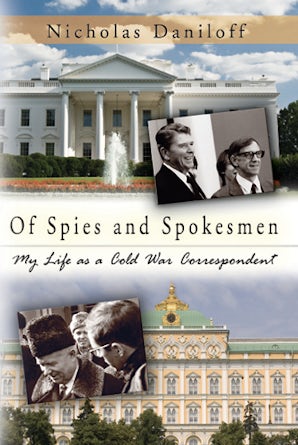 An American reporter of Russian heritage assigned to Soviet-era Moscow might seem to have an edge on his colleagues, but when he’s falsely accused of spying, any advantage quickly evaporates. . . . .

As a young UPI correspondent in Moscow during the early 1960s, Nicholas Daniloff hoped to jump-start his career in his father’s homeland, but he soon learned that the Cold War had its own rules of engagement. In this riveting memoir, he describes the reality of journalism behind the Iron Curtain: how Western reporters banded together to thwart Soviet propagandists, how their “official sources” were almost always controlled by the KGB—and how those sources would sometimes try to turn newsmen into collaborators.

Leaving Moscow for Washington in 1965, Daniloff honed his skills at the State Department, then returned to Moscow in 1981 to find a more open society. But when the FBI nabbed a Soviet agent in 1986, Daniloff was arrested in retaliation and thrown into prison as a spy—an incident that threatened to undo the Reykjavik summit until top aides to Reagan and Gorbachev worked out a solution.

In addition to recounting a career in the thick of international intrigue, Of Spies and Spokesmen is brimming with inside information about historic events. Daniloff tells how the news media played a crucial role in resolving the Cuban Missile Crisis, recalls the emotional impact of the JFK assassination on Soviet leadership, and describes the behind-the-scenes struggles that catapulted Mikhail Gorbachev to power. He even shares facts not told to the public: how the SAC would warn Moscow that its submarines were too close to American shores, why the Soviets shot down the KAL airliner without visual identification, and how American reporters in Moscow sometimes did dangerous favors for our government that could easily have been mistaken for espionage.

Daniloff sheds light not only on prominent figures such as Nikita Khrushchev and Henry Kissinger but also on suspected spies Frederick Barghoorn, John Downey, and ABC correspondent Sam Jaffe—unfairly branded a Soviet agent by the FBI. In addition, he assesses the performance of Henry Shapiro, dean of American journalists in Moscow, whose forty years in the adversary’s capital often provoke questions about his role and reputation.

In describing how the Western press functioned in the old Soviet Union—and how it still functions in Washington today—Daniloff shows that the Soviet Russia he came to know was far more complex than the “evil empire” painted by Ronald Reagan: a web of propaganda and manipulation, to be sure, but also a place of hospitality and friendship. And with Russia still finding its way toward a new social and political order, he reminds us that seventy years of Communist rule left a deep impression on its national psyche. As readable as it is eye-opening, Of Spies and Spokesmenprovides a new look at that country’s heritage—and at the practice of journalism in times of crisis.

Authors and Editors
Nicholas Daniloff is Professor of Journalism at Northeastern University. His previous books include The Kremlin and the Cosmos and Two Lives, One Russia. He lives in Andover, Vermont, and Cambridge, Massachusetts.
Praise For This Book

“It is one thing to know the Soviet Union and it is another to experience the Soviet Union. Daniloff has the remarkable advantage over most commentators on Russian affairs in that he actually knows the country well, both in its Soviet and post-Soviet incarnations, is familiar with the language and intimately so with the history; and on top of all of the foregoing, he has had extensive and at times dramatic experiences while in Russia. The result is a lively, informative, readable, and enlightening perspective, to be both enjoyed for its literary merits and digested for its insights.”—Zbigniew Brzezinski, U. S. National Security Advisor, 1977–1981, and author of Second Chance: Three Presidents and the Crisis of American Superpower

“Nicholas Daniloff’s Of Spies and Spokesmen is a fascinating account of the joys and perils of covering the Soviet Union during the Cold War. This is journalism from the inside, by an accomplished practitioner who, through no fault of his own, became an international “incident.” A great read that puts the reader right in the spooky atmosphere of Moscow when the Cold War was at its height.”—Ambassador Jack F. Matlock, Jr., U.S. Ambassador to the USSR, 1987–1991, and author of Reagan and Gorbachev: How the Cold War Ended

"This is truly a journalist's memoir. With a keen eye for detail and a deep sensitivity towards his subject, Daniloff has written a rich and rewarding account of his years covering the Soviet Union. His knowledge of language and culture helped him go behind the Iron Curtain and humanize and explain a dictatorship that threatened us all. Thank you, Nick, for another splendid report."—Marvin Kalb, Edward R. Murrow Professor Emeritus at Harvard and former Moscow correspondent for CBS News

“Nick Daniloff has written a fascinating memoir which unveils for us a time when Moscow correspondents were risking all to keep us informed. He combines his experience in the last days of the Soviet Union with his own search for connections with his pre-revolutionary Russian forebears. He tops it off with insights from his time as a Washington reporter covering the U.S. State Department on the opaque politics of our own country. A thoroughly enjoyable read! And a wake-up call as to what may be happening in Russia today—albeit with the glitz of a society living on its resource wealth.”—Ambassador Arthur A. Hartman, U.S. Ambassador to the USSR, 1982–1987 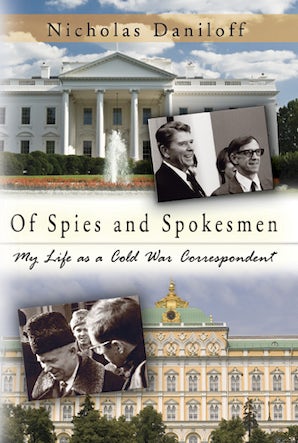