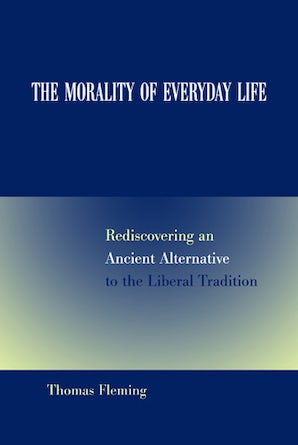 In TheMorality of Everyday Life, Thomas Fleming offers an alternative to the enlightened liberalism espoused by thinkers as different as Kant, Mill, Rand, and Rawls. Philosophers in the liberal tradition, although they disagree on many important questions, agree that moral and political problems should be looked at from an objective point of view and a decision made from a rational perspective that is universally applied to all comparable cases.

Fleming instead places importance on the particular, the local, and moral complexity.  He advocates a return to premodern traditions, such as those exemplified in the texts of Aristotle, the Talmud, and the folk wisdom in ancient Greek literature, for a solution to ethical predicaments. In his view, liberalism and postmodernism ignore the fact that human beings by their very nature refuse to live in a world of universal abstractions.

While such modern philosophers as Kant and Kohlberg have regarded a mother’s self-sacrificing love for her children as beneath their level of morality, folk wisdom tells us it is nearly the highest morality, taking precedence over the duties of citizenship or the claims of humanity. Fleming believes that a modern type of “casuistry” should be applied to these moral conflicts in which the line between right and wrong is rarely clear.

This volume will appeal to students of ethics and classics, as well as the general educated reader, who will appreciate Fleming’s jargon-free prose. Teachers will find this text useful because each chapter is a self-contained essay that could be used as the basis for classroom discussion.

Authors and Editors
Thomas Fleming holds a doctorate in classics and is the editor of Chronicles: A Magazine of American Culture, published by the Rockford Institute in Rockford, Illinois. He is the author or coauthor of several books, including The Politics of Human Nature and The Conservative Movement.
Praise For This Book

“No more important book has been published in this new century. If the American people ever win back their traditional way of life, founded on family, faith, and federalism, The Morality of Everyday Life will be remembered as an important milestone in that victory.”—American Conservative

“Writing much more accessibly and knowledgeably than most modern, professional philosophers, Fleming revivifies the body of thought with which civilization was created and without which it is disintegrating.”—Booklist

"This book is a pleasure to read, filled with telling and memorable examples--both erudite and popular--and continually stimulating in its account. Its rhetoric blends something of a Nietzschean subversion with the humane balance of Hume. It is the most devastating critique of liberalism since MacIntyre."—Donald W. Livingston 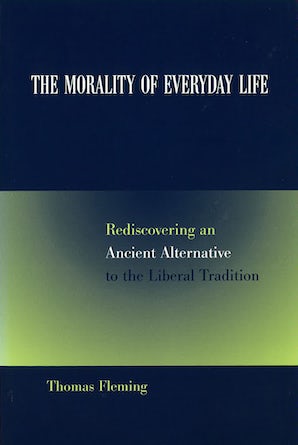