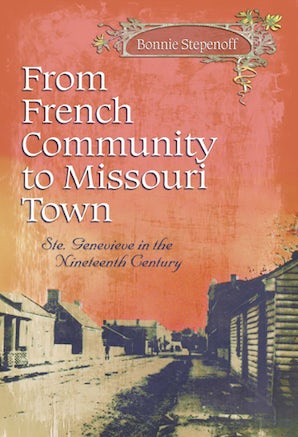 About This Book
A small French settlement thrived for half a century on the west bank of the Mississippi River before the Louisiana Purchase made it part of the United States in 1803. But for the citizens of Ste. Genevieve, becoming Americans involved more than simply acknowledging a transfer of power.
Bonnie Stepenoff has written an engaging history of Missouri’s oldest permanent settlement to explore what it meant to be Americanized in our country’s early years. Picking up where other studies of Ste. Genevieve leave off, she traces the dramatic changes wrought by the transfer of sovereignty to show the process of social and economic transformation on a young nation’s new frontier.
Stepenoff tells how French and Spanish residents—later joined by German immigrants and American settlers—made necessary compromises to achieve order and community, forging a democracy that represented different approaches to such matters as education, religion, property laws, and women’s rights. By examining the town’s historical circumstances, its legal institutions, and especially its popular customs, she shows how Ste. Genevieve differed from other towns along the Mississippi.
Stepenoff has plumbed the town’s voluminous archives to share previously untold stories of Ste. Genevieve citizens that reflect how Americanization affected their lives. In these pages we meet a free woman of color who sued a prominent white family for support of her children; a slave who obtained her own freedom and then purchased her daughters’ freedom; a local sheriff who joined Aaron Burr’s conspiracy; and a doctor who treated cholera victims and later became a U.S. senator. More than colorful characters, these are real people shown pursuing justice and liberty under a new flag.
The story of Ste. Genevieve serves as a testament to Tocqueville’s observations on American democracy while also challenging some of the commonly held beliefs about that institution. From French Community to Missouri Town provides a better understanding not only of how democracy works but also of what it meant to become American when America was still young.
Authors and Editors
Bonnie Stepenoff grew up in the hills of northeastern Pennsylvania and eventually moved to Missouri, where she became a professor of history at Southeast Missouri State University. Now retired, she continues to write non-fiction and poetry. She has six books to her credit, including Working the Mississippi: Two Centuries of Life on the River (University of Missouri Press, 2015), The Dead End Kids of St. Louis: Homeless Boys and the People who Tried to Save Them (University of Missouri Press, 2010), Big Spring Autumn (Truman State University Press, 2008), From French Community to Missouri Town: Ste. Genevieve in the Nineteenth Century (University of Missouri Press, 2006), Thad Snow: A Life of Social Reform in Southeast Missouri (University of Missouri Press, 2003), and Their Fathers’ Daughters: Silk Mill Workers in Northeastern Pennsylvania (Susquehanna University Press, 1999). Her articles, essays, and poetry have appeared in many anthologies and journals, including the Sherlock Holmes Journal (2016), Missouri Law and the American Conscience (2016), Red Moon Anthology (2009 and 2016), Yonder Mountain: An Ozarks Anthology (2013), Cultural Landscapes (2008), Mining Women (2006), The Other Missouri History (2004), Rebellious Families (2002), Labor History, Labor’s Heritage, New York History, Pennsylvania History, Missouri Historical Review, Gateway, Missouri Conservationist, Missouri Life, Modern Haiku, Frogpond, and The Heron’s Nest. She lives in Cape Girardeau, Missouri.
Praise For This Book

“A fresh look at the transition of settlements in frontier areas. The author cogently contends that custom and habits ruled the lives of people in Ste. Genevieve, not law imposed from the outside.”—R. Douglas Hurt, author of Nathan Boone and the American Frontier

“This is no garden-variety local history narrative. The author’s nuanced account of Ste. Genevieve’s gradual evolution from a French village into an American town skillfully captures the complexities of that transformation and provides important insights about American democracy.”—William E. Foley, author of Wilderness Journey: The Life of William Clark 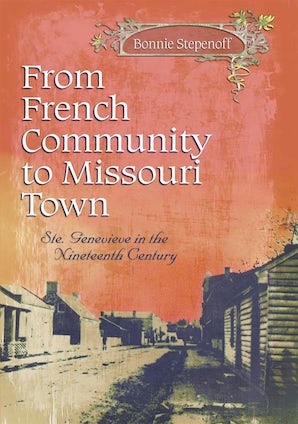