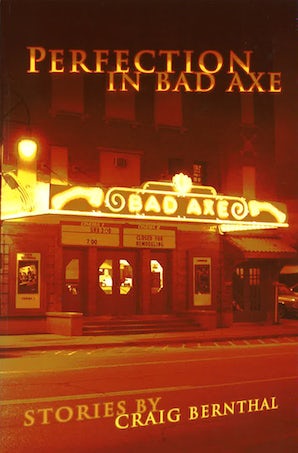 You could find out anything at Jim's, and Larry and I liked to be in the know. Information (not gossip) was passed back and forth constantly. Did you hear about the four couples engaged in "wife- swapping" in town? The mechanics and gas pumpers at Jim's could fill you in. Were you interested in the last time the Baptist minister beat his wife? Who your cute French teacher slept with a couple nights ago? Jim's had the answers. The place held another attraction for me: if you were under twenty-one and wanting some liquor for Friday night, Jim's son, Jimmy the Bomb, just out of the Marine Corps, had no problem picking up a bottle or two for you at the liquor store on the east side of town.

Set mainly in the Midwest, these tales are inhabited by ordinary, decent people who, often to their surprise, find joy and meaning under difficult circumstances. Many of the stories depict isolated moments of perfection in a world that routinely forces its imperfections on us. A teenager wrestles with guilt over an accident he caused in “Perfection in Bad Axe.” In “A Knight Pursued,” a young prosecuting attorney confronts on the same day his first autopsy and his wife’s unexpected desire to have a baby. A devout, hardworking business owner is drawn into a lawsuit that threatens his marriage and leads him to question his most deeply felt principles. “Center of Gravity” finds a middle-aged law professor overcome by his chaotic life and searching for a degree of peace. These are the finely developed characters of Bernthal’s stories—people we recognize, but who never seem overly familiar. Interesting, substantial, and utterly engrossing, each one could be just like any one of us, an ordinary Jane or Joe, trying to maintain or find order in a life sometimes filled with disorder.

Craig Bernthal is Professor of English at California State University in Fresno. He is the author of The Trial of Man: Christianity and Judgment in the World of Shakespeare.