Politics and History in William Golding

The World Turned Upside Down 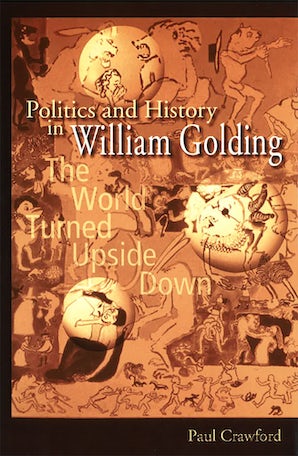 About This Book
Politics and History in William Golding provides a much needed politicized and historicized reading of William Golding’s novels as a counter to previous, universalizing criticism. Paul Crawford argues that an understanding of fantastic and carnivalesque modes in Golding’s work is vital if we are to appreciate fully his interrogation of twentieth-century life.
Golding’s early satirical novels question English constructions of national identity in opposition to Nazism and the “totalitarian personality.” For Crawford, Golding can and must be studied in the wider European tradition of “literature of atrocity.” His early novels, especially Lord of the Flies, are preoccupied with atrocity, whereas the later work betrays a greater concern for the status of language and literature.
In Golding’s later fiction, such as Darkness Visible, the fantastic and carnivalesque are used in an increasingly nonsatirical manner to complement first modernist and then postmodernist self-consciousness and indeterminacy. Even his critique of class and religious authority, which carries through all of his fiction, gives way to more lighthearted productions—a symptom of which is his crude, absurd attack against the English literary industry in The Paper Men. This reduction of satire marks a decline in Golding’s political commitment and the production of more complex and arguably less satisfying novels.
The fantastic and carnivalesque are foundational to both the satirical and nonsatirical approaches that mark Golding’s early and late fiction. No previous study has analyzed this structure that is so central to his work. Politics and History in William Golding examines this writer’s work more fully than it has been studied within the convoluted context of the last half of the twentieth century. Crawford directly links Golding’s various deployments of the fantastic and carnivalesque to historical, political, and social change.
Authors and Editors
Paul Crawford is Lecturer in Mental Health at the University of Nottingham, England. He is the author of the acclaimed novel Nothing Purple, Nothing Black and co-author of Communicating Care: The Language of Nursing.

Politics and History in William Golding

The World Turned Upside Down