History of the Chicago Urban League 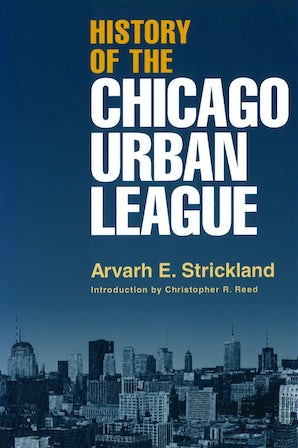 The first scholarly study of a local racial advancement organization, History of the Chicago Urban League provides a detailed history of the Chicago League from its founding in 1916 through the early years of the civil rights movement in the 1960s and relates the work of this agency to broader developments in Chicago and the nation. In his introduction, Christopher Robert Reed, author of The Chicago NAACP and the Rise of Black Professional Leadership, 1910-1966, cites Strickland's work as a landmark study of the earliest civil rights efforts in Chicago.

Strickland begins by tracing the development of the League through the various socioeconomic upheavals of this century and describes its services to the African American community so strongly affected by those events. He examines the methods of the League, its sources of financial support over the years, and the individual efforts and contributions of such dedicated leaders as T. Arnold Hill, Albon L. Foster, Sidney Williams, and Edwin C. Berry.

As he studies the approaches utilized by the Chicago Urban League in adjusting to the challenges resulting from the "Black Revolt," Strickland explores the forces that contributed to the effectiveness of the organization's efforts to improve African American life in Chicago during the 1960s. In a brief preface to this new edition of History of the Chicago Urban League, Strickland recalls his own experience as a young man from small-town Mississippi being immersed in the urbanization of a major American city.

Arvarh Strickland (1930-2013) was Professor Emeritus of History at the University of Missouri-Columbia. He was the author or editor of numerous books, including Selling Black History for Carter G. Woodson: A Diary, 1930-1933, by Lorenzo J. Greene and The African American Experience: A Historiographical and Bibliographical Guide.

"This well-documented book is a good example of what can be done with a topic in local history. It traces the history of the Chicago branch of the Urban League from its creation in 1916-17 until 1965....All who seek to understand why we have had racial demonstrations and riots in our cities will find enlightenment here."—The Historian

"The author utilizes his sources effectively, especially the files of the local office and personal interviews, in piecing together a fascinating story of the trials and tribulations of the Chicago League....This book makes worthwhile reading."—Journal of Negro History

"[History of the Chicago Urban League] gives evidence of careful research and balanced judgment. The author presents a detailed picture of the working of the League--its programs, finances, and internal feuds—against the larger background of the social and economic conditions of Chicago's Negro population."—Journal of American History

"The book is a pioneering study that has become a standard."—Journal of the West 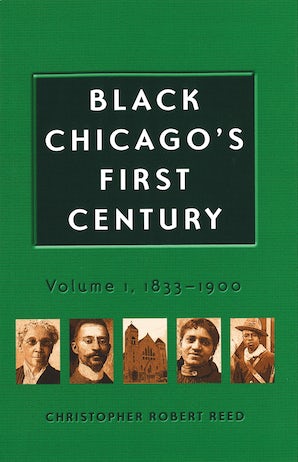