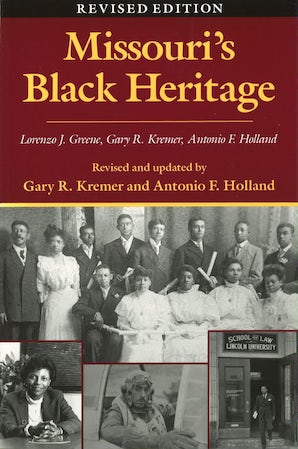 Originally written in 1980 by the late Lorenzo J. Greene, Gary R. Kremer, and Antonio F. Holland, Missouri's Black Heritage remains the only book-length account of the rich and inspiring history of the state's African American population. It has now been revised and updated by Kremer and Holland, incorporating the latest scholarship into its pages. This edition describes in detail the struggles faced by many courageous African Americans in their efforts to achieve full civil and political rights against the greatest of odds.

Documenting the African American experience from the horrors of slavery through present-day victories, the book touches on the lives of people such as John Berry Meachum, a St. Louis slave who purchased his own freedom and then helped countless other slaves gain emancipation; Hiram Young, a Jackson County free black whose manufacturing of wagons for Sante Fe Trail travelers made him a legendary figure; James Milton Turner, who, after rising from slavery to become one of the best-educated blacks in Missouri, worked with the Freedmen's Bureau and the State Department of Education to establish schools for blacks all over the state after the Civil War; and Annie Turnbo Malone, a St. Louis entrepreneur whose business skills made her one of the state's wealthiest African Americans in the early twentieth century.

A personal reminiscence by the late Lorenzo J. Greene, a distinguished African American historian whom many regard as one of the fathers of black history, offers a unique view of Missouri's racial history and heritage.

Authors and Editors
Lorenzo J. Greene (1899-1988) was Professor Emeritus of History at Lincoln University in Jefferson City, Missouri. He was the author of several books, including The Negro in Colonial New England, 1620-1776 and Working with Carter G. Woodson, the Father of Black History: A Diary, 1928-1930.

Gary R. Kremer is Executive Director of The State Historical Society of Missouri. He is the author and editor of numerous works, including James Milton Turner and the Promise of America: The Public Life of a Post-Civil War Black Leader; Missouri's Black Heritage, Revised Edition; and George Washington Carver: In His Own Words (all University of Missouri Press). He lives in Jefferson City, Missouri.

Antonio F. Holland is an independent scholar who lives in Jefferson City, Missouri.
Praise For This Book

The first edition of the book met with high praise: "A clearly written volume that will be useful to both students and laymen. The authors successfully have related developments in Missouri to national trends....No other source provides as comprehensive a survey of race relations in Missouri. The authors also do well in tracing the changes that occurred in the black population over time and in showing the impact of black urbani- zation on political developments."—Missouri Historical Review 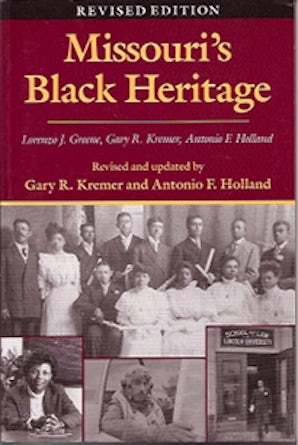